I haven’t ridden my bike in a month.

Well, four weeks, to be exact, but I think we can all agree that life would be easier if every month was exactly four weeks long.

So, I haven’t ridden my bike in a month. And no, it’s not snowing [yet]. And nothing’s wrong with me. I’m fine. Better than fine, even. I’m just not riding my bike right now. 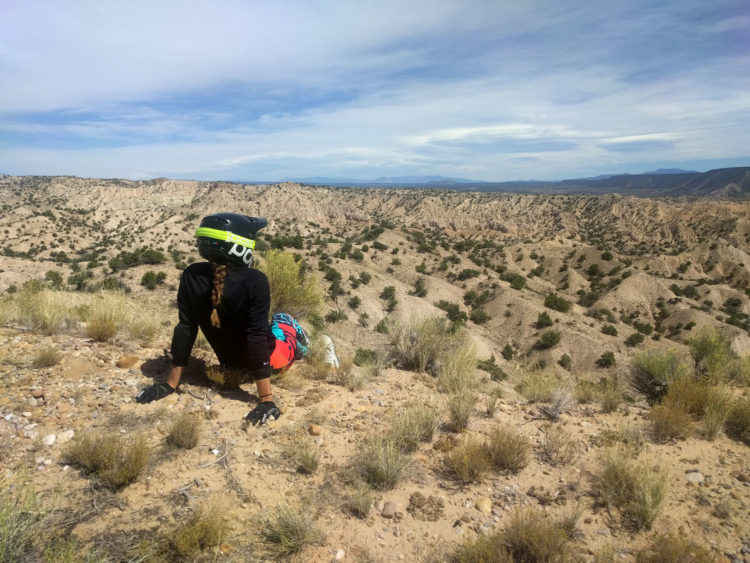 It’s a difficult thing to explain to people. My bike friends say unhelpful things like “but why?” or “but it’s fall! it’s the best time of the year!” or “what about this race or that race or this other race?” or “wanna go ride in Moab this weekend?” Non-bike friends say equally unhelpful things like “are you allowed to take that long off from training?” or “how will that affect your fitness?” or “do you do anything else, tho?”

All of which are totally valid questions, especially the last one, because, yes, you could really get the idea from my instagram and blog that I don’t really do anything else and let’s be honest, you wouldn’t be entirely wrong.

So why. Why why why indeed. This was my fourth season racing enduro, which pretty much means it’s been four years since I took more than two weeks off from riding a bicycle. Sure, there were the times I’ve been injured or sick, but usually I’ve been either sitting on a trainer or “riding before I should have been riding” so the two week mark stands. The only possible exception is the two and a half weeks we spent in Thailand and Singapore (without bikes!!) in early 2015, which was nearly three years ago. Every other year, at the end of the season, I’ve made some half-assed attempt at taking a break, usually resulting in a week off the bike and then a few weeks “not training” which usually involved just as much riding (if not more) than I would have been doing had I been training. It was “fun riding,” so how could it have been bad?

Which is awesome, of course, but it’s kind of a problem when one thing fills all those buckets, but then you realize that to actually perform well at that one thing you need to not do that one thing all the time. Because there is almost no doubt in my mind at this point that my mystery virus from earlier this year was a result of overtraining. I’m not sure I like the word “overtraining” because realistically, training was hardly my biggest problem — it was everything else I had filled my life up with. It was the travel and the years of injuries and the racing above my ability level and then the training on top of all that. It was everything.

And so, for a month, I’ve done nothing. 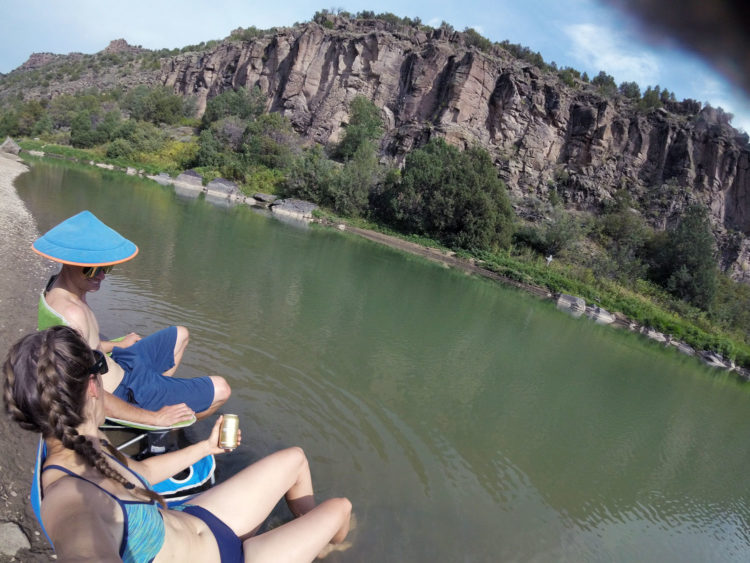 Of course, that’s not entirely true, but I gave it a good go. The first two weeks we were back in Taos I spent most of my time lazing around reading books with a cat in my lap, or lazing around by the river with my feet in the water — truly doing nothing and it did not suck. In fact, it felt pretty indulgent. It’s a mark of how exhausted I was from this season that it took me nearly an entire 10 days of inactivity to get even the slightest bit antsy. And when I did get antsy, I found it wasn’t even for my bike. I just needed to move. So the past two weeks have been full of rock scrambling and moto riding and long walks and van mods. And also still a lot of sitting around with cats and spending evenings in the hot tub. I haven’t done a lot of hanging out with other people (excepting Macky and of course the aforementioned cats), but it’s been okay. Better than okay. Good. Great.

Slowly, I’ve felt my life force coming back. I’ve found myself saying “yes” more than no. Yes to a stupid “short cut” on the motos that resulted in an hour of pushing and shoving through sandpits, and that was still, despite it all, glorious fun. Yes to watching the sunset on top of a cliff and then trying a new route down in the dark. Yes to a lot of things that would have been too tiring or too hard or too dangerous a few months ago. Taking this time has made me realize how much I closed in on myself over the past season — constantly worrying about hurting my knees or expending my already-nearly-dried-up pool of energy. 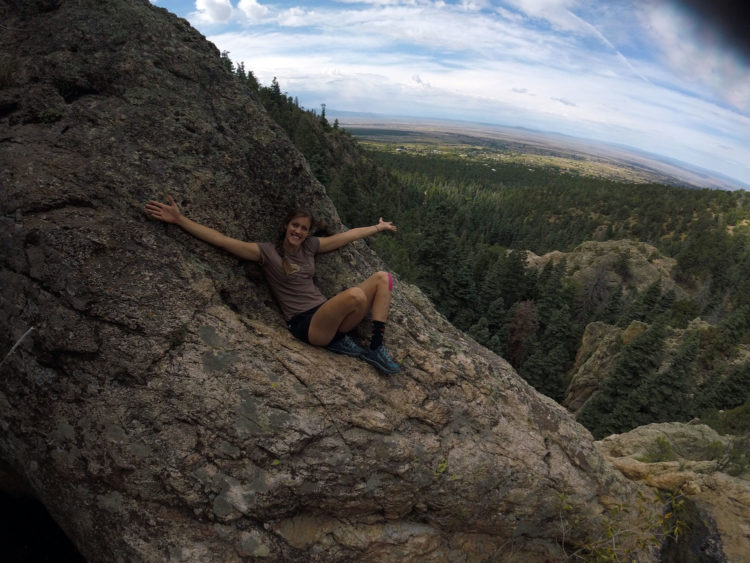 Taking time off (especially in SEPTEMBER in TAOS) has also forced me to confront my “need to do more” tendencies head on. I made a list of riding weaknesses and the first thing I wanted to do was start tackling ALL OF THEM. I need to work on jumps so I should go to Angel Fire this weekend and practice because there are only a few open weekends left. I want to practice rock gardens, but we’re heading to Ohio in November and there are way fewer rocks there so I should do that NOW NOW NOW. It’s a classic “not seeing the forest for the trees” problem. The trees are those individual things I’d like to work on. That FOMO I feel over missing a South Boundary ride — that’s a tree, too. My desire to go back to Glorieta and hit those drops I never hit last year, my worries about all the riding everyone else is doing, my burning need to get back in the gym — TREE, TREE, TREE. 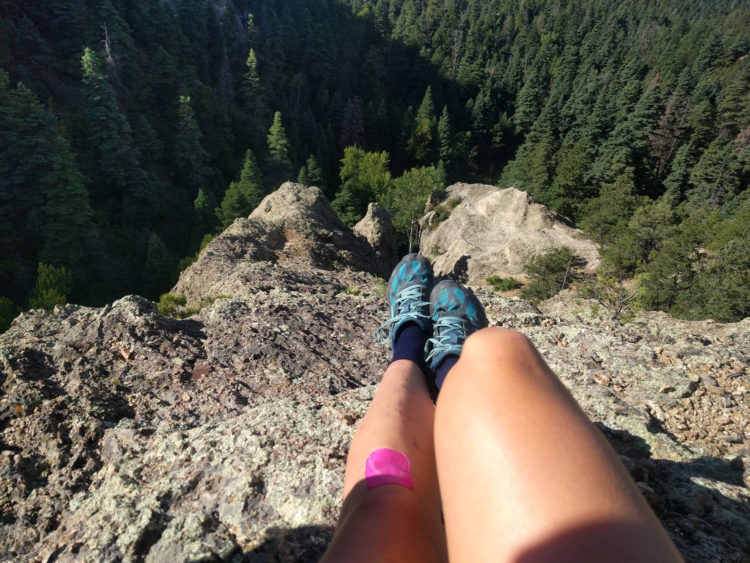 So, I haven’t ridden my bike in a month. Do I miss it? Yes. Sort of. To be honest, I’m struggling at the moment to tell how much of my “missing it” is actually just FOMO and “I need to get be getting better!” and “but everyone else posts about how much they miss their bike on Instagram and I should feel that way too.” (Aside: I wrote a post for Carmichael Training Systems about this very social media comparing phenomenon, and you can read it here).

I guess I’m not entirely sure how much I miss “just riding for the sake of riding.” I’m trying to figure that out. So, in sum, I haven’t ridden my bike in a month and I miss it way less than I thought I would, which is simultaneously a little worrying and also helpful, because otherwise staying off of it for an entire month would have been really freaking hard.

I’ll probably start riding again soon, but it will be because I want to — and for the right reasons, too.