I wasn’t planning on racing the BME in Crested Butte this weekend. I was supposed to be taking a little rest at this point in the season, gearing up for late July/early August races in Durango and Downieville. But then, things changed, as they do. Macky broke his wrist and had to sit out the Angel Fire Enduro Cup, so he was eager to race. And then Durango race was re-scheduled due to forest fires in the area. So it made sense to race in CB, even though I knew I wouldn’t be fully recovered from the training I put in after Angel Fire.

But I really, really, really wanted it to be a “training race.” Why? Well, ostensibly because I knew I wouldn’t be fully recovered and also because I hadn’t originally had it on my schedule. But really, I wanted some emotional distance. Crested Butte, despite looking like “my kind of race,” has not exactly treated me kindly in the past. In 2016 I was a solid DFL, courtesy of a blown shock and, if we’re being honest, a big dose of “giving the f*ck up.” In 2017 I was a DNF, courtesy of tomohawking to face while going 30mph through the fast aspen section on Doctor Park. So, you could say I was not exactly eager to race in CB again. And I certainly didn’t want to get my hopes up for a decent result. 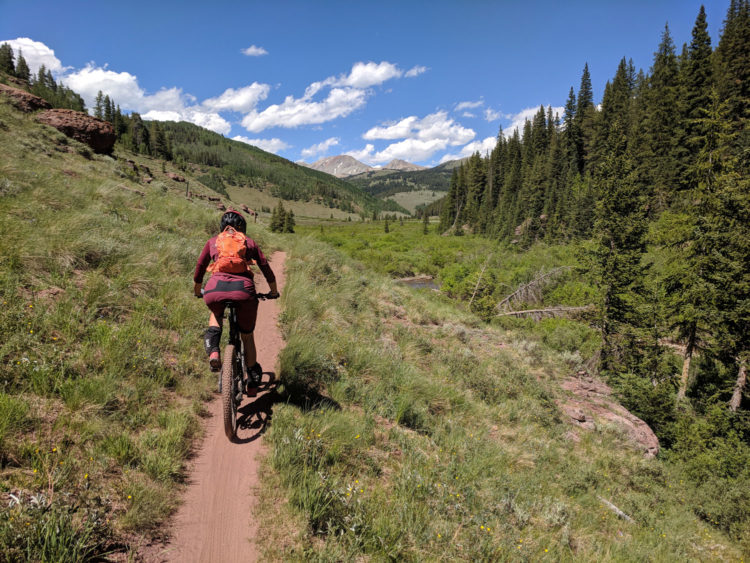 In other words, I wanted an out, before I even started. But then I had a talk with Kristin Keim, the sports psychologist/therapist I’ve been working with since September and she mentioned that she “didn’t believe in training races.” And I had a bit of an “ahha” moment. Or maybe more of a “duh” moment.

And so, I decided that if I was going to race in Crested Butte I was going to do it properly. I wouldn’t set any huge expectations in terms of results — after all, you can’t peak for every single race — but I would treat it like a race. I wouldn’t call it a training race or a “B” race. In other words, I would not allow myself that emotional distances. I won’t lie to you — this wasn’t easy. But I showed up to the start line of the first stage ready to race and, to my own surprise, actually pretty excited to race.

The first day of racing wasn’t perfect, but really, it was pretty damn good. I was a little conservative on Doctor Park thanks to last year’s misadventures, but still put down a respectable time. At the end of the day I was in 9th in a very tight women’s field — 30 seconds separated places 10 through 6 — and for the first time in awhile I was feeling challenged and excited instead of intimidated by these tight times. I knew I could throw down on the second day’s stages, simply because I had had soooooo much fun on them in practice.

Unfortunately, after a great start to the first stage on Day 2, I attempted a little rock gap line and, well, came up a few inches short and landed my rear wheel HARD on some pointy rocks. I heard a huge ping, and then immediately felt that familiar squirrelly sensation that can mean only one thing. Flat tire. Wahhh wahh. We’ve all been there. Flats are part of mountain biking, especially when you are taking risks and pushing your equipment. But man, what a BUMMER to have it happen on my favorite stage of the whole weekend, just when I was feeling good, having fun and racing aggressively. Mechanicals are always devastating and it’s so, so hard to avoid the loop of “why me why now blah blah blah.”

Luckily, I had recently installed the Vittoria Tires Airliners (a rim protector system similar to Cush Core but with more platform), so I was actually able to ride out the rest of the stage — seven plus minutes of descending on rough terrain — at a decent clip. I was really impressed with how well the Airliners kept the tire on the rim and provided some platform. I was even able to go pretty fast on the straight sections, only dialing it back in the loose corners to avoid getting too squirrelly. Another bonus — I got a lot of cheers from spectators for rallying the flat. All told, I probably lost about a minute, maybe a little more, which is really not so bad given the circumstances. 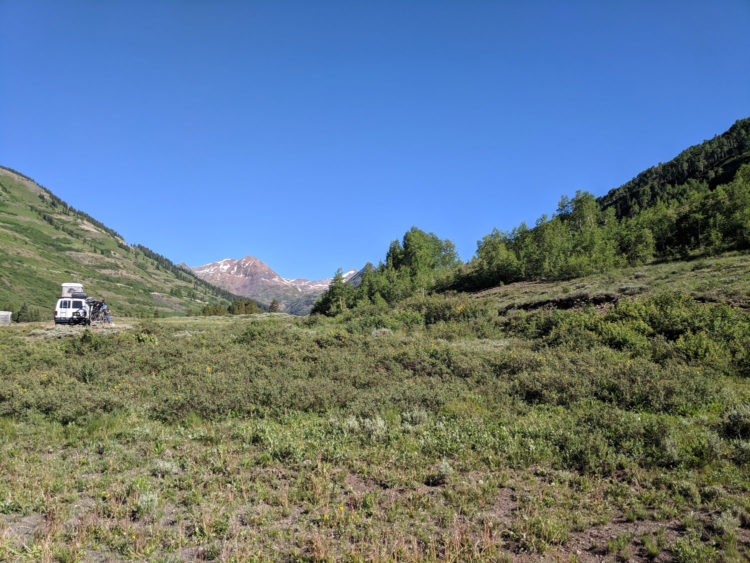 While this was obviously a pretty big bummer, it also really put my pre-race goals to the test. Would I show up to the final start line ready to fight, or would I fold under shitty circumstances? It’s way easier to be excited about racing when you’re still in contention — it’s a lot harder when you’ve had a serious mechanical that lost you a lot of time. At that point it’s really easy to go “what’s the point? I might as well take it easy and be safe, blah blah blah.” But of course, the whole point of this weekend was to practice showing up and racing aggressively, and I still had one opportunity to do that. And somehow, that last stage ended up being my best of the weekend and I think I unlocked something special (and fast) that I hope I can find again. Maybe it was partly the fact that I race well when I’m tired, or that I no longer had anything to lose, or just that I was wanted some redemption for that silly flat tire. Regardless, I’m proud of that result, and of the weekend as a whole. It didn’t go to plan – but what bike race did ever?

2 thoughts on “No More Training Races”