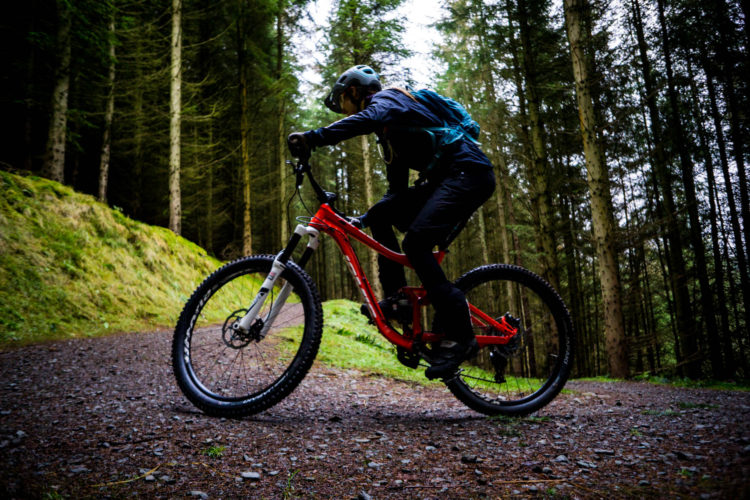 Our first three weeks in Scotland felt like a dream. I was riding better than I ever have. I was hitting power numbers that I had never seen before. I was going to the gym, doing my intervals and putting in four or five hour rides on the best trails in the world. And I felt fantastic. The last time I was in Scotland, I spent most of my rides sliding down hills on my butt and trying to pretend I was not crying when I [finally] reunited with the group. This time, while I was hardly riding flawlessly, I wasn’t scared anymore.

And then the wheels started to fall off the bus. I got a cold. My knee started to hurt. I kept riding and my knee hurt more. Then finally, with five days left in our trip, I was forced to acknowledge the situation and stop riding.

Oh. This again. Seems familiar. Yes, I am definitely getting a whiff of deja-fucking-vu here.

My ability to make the same mistakes over and over again with my knee is truly remarkable. Every time, I manage to justify it to myself and rationalize it and I keep riding and hope the problem will go away. I’ve put in a lot of work over the past six months, and I’ve made a lot of progress with this injury and with my fitness, mobility and strength — this progress is thanks entirely to my coach Daniel and Dane at Revo PT and zero thanks whatsoever to my dumb ass.

So, there I was, stuck in Scotland and unable to ride my bike. FML. I realize, in the whole scheme of life hardships, this is pretty low down on the list of “bad things that can happen to a person.” I did get four weeks of amazing riding in, after all. That said, I managed to react as if I had been delivered a death sentence. I spent three days in bed, alternating sobbing about my knee with watching Samantha Bee episodes and sobbing about the fate of America. WHAT IS THE WORLD COMING TO am i right. Basically I was the picture of resiliency and overcoming setbacks with grace. Yeah, just kidding, I was a fucking disaster.

So. Two steps forward. One step back. I know this is how it works. I get it. The path to success is not a straight-ass freeway lined with pansies. It’s a squiggly line that looks like it was drawn by a toddler, or in my case, a gerbil on methamphetamines. I get that, I really, really do. But, seriously, sweet jebuus, what does it take to catch a break around here? 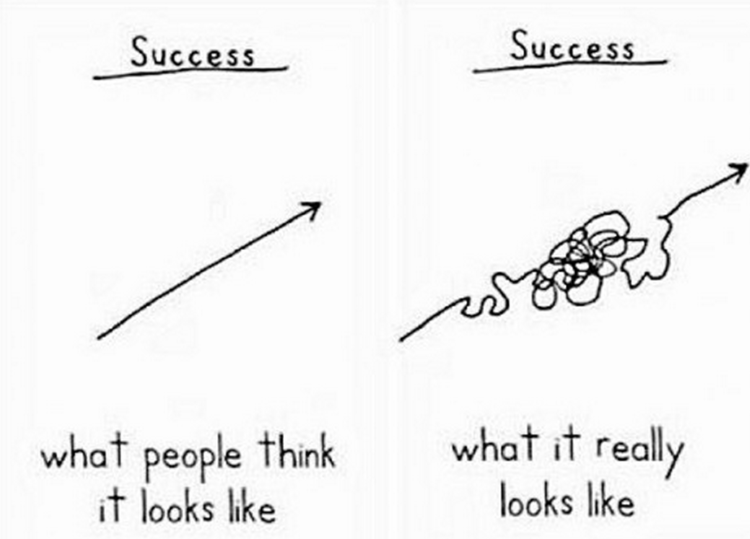 The worst thing about setbacks is that you don’t get to choose which ones you get. I’m decent at dealing with certain types of failure (getting rejected by a sponsor, getting last in a race, etc.), but I’m really, really bad at dealing with chronic, nagging injury. Every time my injury flares up, my patience for it, and my ability to deal with the situation is less than the time before. This particular instance seems to be shaping up to be fairly minor (fingers crossed!), but my reaction to it was worse than it’s ever been. I basically imploded into a soggy, sad wad of self pity. It was bad. So bad, in fact, that I’m only writing about it here in the hopes that the next time this happens, somewhere in my pathetic, miserable brain a voice will say “hey, maybe you shouldn’t act like such a twat, because your future self is going to put this all over the internet.”

I spent almost an entire week disengaging from this problem, feeling sorry for myself, and generally just wishing things were different. It was a stupid, cataclysmic reaction to a stupid, not-cataclysmic problem, but I’m putting things back together now, re-engaging, committing to showing up and doing what it takes to be stronger, fitter, faster.

The truth is I got a little complacent with my knee issues — I got to the point where I could ride my bike, survive long rides, train hard and do gym workouts. In the process, I kind of forgot that I still have a lot of mobility issues that aren’t going to go away on their on. It’s complicated, but basically my movement on the bike, or in the gym while I’m super focused, is pretty good — but for non-linear stuff, or even just, ya know, WALKING, I’m kind of in bad shape and have been for awhile. I told myself last May that I was going to fix all this, but really all I wanted to do was get back on my bike and race. Now, I’m forcing myself to take a longer term perspective and deal with some things BEFORE the situation gets as bad as it was last season. Hopefully. We’ll see how it goes. 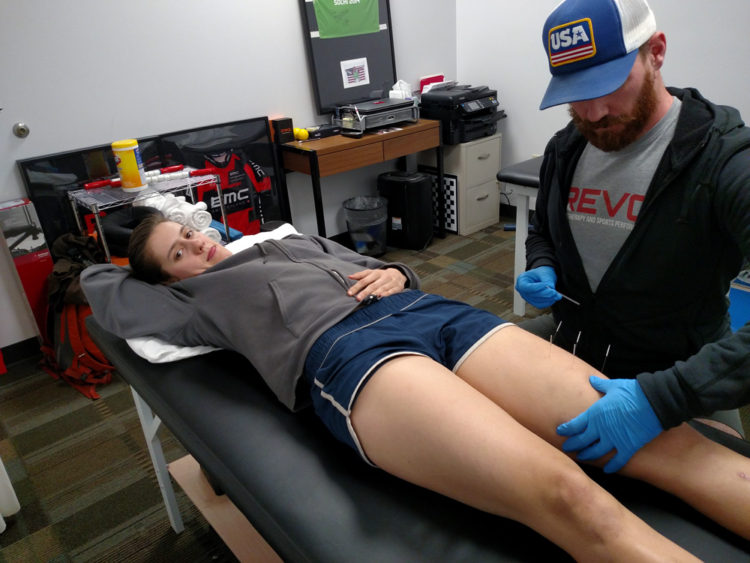 The fun begins with a dry needling session at REVO in Boulder. Hurts so good.

While I really, really wish I could get six months of uninterrupted training, I am starting to accept that maybe this is just how it is, that maybe my body needs this rest, and my brain will be stronger for learning how to deal. It’s so tempting to fall into a spiral of “what if”s and “if only”s. I find myself constantly wondering how fast I would be if I hadn’t been dealing with this issue for nearly two years, what results I might have achieved if I didn’t have this problem, but these are the wrong questions — I need to start asking what I can achieve with this body, because it looks like it’s the only one I’m going to get.

8 thoughts on “Step Forward, Step Back”