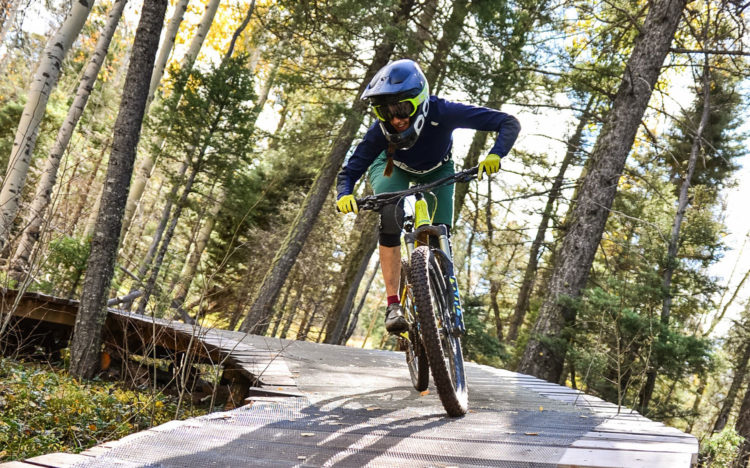 This is sort of a rambling post, so buckle up and get a death grip on your coffee, because I’m not sure where this is going either…

I saw someone write on Instagram recently that they feel like they have progressed in eight years what “any other reasonably fit person” could do in eight to ten months of training. I found I recognized myself in that comment, and also I found that I wished I knew the person better so that I could grab them by the shoulders and give them a good shake. It’s taken me a long time to stop feeling like everyone else who dedicated themselves to learning to ride a bike would be faster than me. After my first year of racing, I was able to turn that thought process in a positive (ish), much like the person I’m quoting here did — they talked about how they loved the process and how they had learned so much, etc., etc. But there was a still a tone of negativity in there, one that I was able to detect probably only because I once wrote nearly exactly the same damn post.

The way I coped with my belief that as this person put it, “any reasonably fit person” would be faster than me was not entirely unhealthy. I adopted a mentality of radical acceptance — you have no talent, I told myself, but that’s okay because you’re willing to work harder. You have no experience, but you’re willing to learn. Talent and experience don’t mean anything, if you’re willing to fail. Everything is going to be harder for you than it is for other people, but you will persevere. (Read the extended version of these blatherings here, but actually please don’t, because *cringe*.)

So, not all bad. I mean, this attitude helped me through a lot of really difficult and frustrating seasons. After all, was I wildly and immediately talented at racing enduro? No, definitely not, and my ideas of embracing being bad at things and not caring about failure and being open to learning — all of those were good things. All of those ideas made me better. But at the base there was a problem. My whole theory was built on a shitty (and untrue) foundation. When I was positive and writing a blog post it came out like “you’re not talented, but it’s not about talent anyway” but when I was having a bad day or struggling with a trail or unsatisfied with my race results, it sounded a hell of a lot more like “you suck and everything is harder for you, you suck and everyone is better than you without even trying.”

So when I read this person’s instagram post, I couldn’t help but read between the lines and see “deep down I don’t think much of myself but look, I’ve turned it into a positive and I’ve used the whole ‘not thinking much of myself’ as a catalyst and an inspiration and look how far I’ve come despite the fact that at the end of the day I think that I suck.”

No, I didn’t come into mountain bike racing with a prodigious talent or loads of experience in a similar sport. But I had (and have) other advantages, ones that were often forgotten while I was busy explaining to everyone how little talent I had, while I was busy explaining away my mistakes and failures by saying ” well, I suck.” It’s a typical problem — as humans, we are quick to notice the wind in our face, and quick to take our tailwinds for granted.

When I read this person’s post, I thought a few things:

1. Just like we are quicker to notice our headwinds, we are also finely tuned to notice the people who are faster/better/stronger than us. So when this person wrote “any reasonably fit person,” they were probably looking at just a select few anomalies — a handful of people they knew who had progressed insanely quickly. They probably forgot about all the people who showed up at the gym a handful of times and then quit. “Reasonably fit person” probably did not encompass every person who had ever run a mile or held a dumbbell over their heads. If it did, the perspective might be quite different.

2. Eight years is a long time. Most people won’t work on something for eight years, especially if they don’t immediately have success. So yeah, maybe a lot of people out there COULD beat you if they trained solidly for 8-10 months, but they won’t. So who cares? Sometimes the hardest part is getting started, and even if there are a lot of potentially talented people who never got started (or quit before they really got anywhere) well, who cares? It doesn’t matter what other people could achieve, it matters what you do achieve.

3. And ultimately, you’re doing something awesome, so keep doing the awesome thing and stop thinking about everybody else.

6 thoughts on “Tailwinds and Flawed Theories of Self”