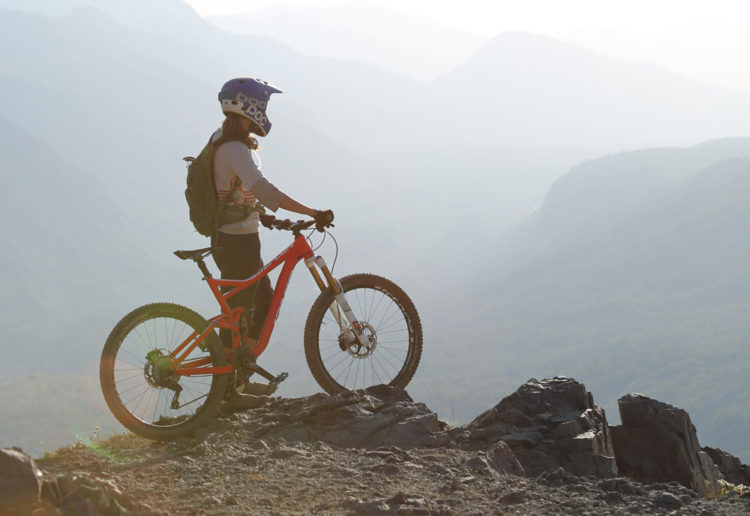 I spent most of my 2016 season hung up on my bad luck. Every time something bad happened (and enough bad things happened for me to notice this pattern), this same refrain would flash through my head: “it’s not fair, this is not how it is supposed to go.” I knew this wasn’t the healthiest thing to be telling myself — after all, what good did it do? But I struggled to not go there, to not find myself constantly thinking about all the work I had put into my training, racing and preparation. I had invested an incredible amount of energy and self-worth into racing my bike — and I got…well…not much to show for it. I deserved better, I really did. I deserved results. I deserved at least one race that didn’t go to shit. I deserved to see something for my efforts.

But, of course, deserve has nothing to do with it. Everybody deserves to be able to put food on the table for their family, but not everybody can. Everybody deserves access to basic rights — clean water, healthcare, food — and yet, millions of people do not have access to these things. Lots of people deserve promotions or pay raises or sponsorship. Not everybody gets those things.

Spend five minutes on the internet (especially in the fitness arena) and you will probably find someone telling you that all it takes is hard work. Work hard, and you’ll see results! 100% of the time!!

For every five professional athletes who put in the work and won races, there are ten who worked hard and didn’t.* Maybe they didn’t have the same opportunities. Maybe they had bad luck. Maybe they were simply not in the right place at the right time.

(*I made up that statistic, but you get the point).

Lots of people put in the work and never win races. A lot more people never even get the chance to try.

The fact that I have, in my life, almost always gotten what I deserve is undoubtedly a mark of privilege. I grew up well-fed and well-loved. I worked hard in school and got into a good college. I started racing professionally and grew a following on this blog and I found sponsors who understood what I was trying to do and wanted to support me. I’ve also gotten a lot of things I probably didn’t deserve. Like when I was pulled over for going 40 in a 25, and only got a warning.

Deserve is complicated. Success is complicated. I believe in hard work as much as anybody (more, even), but there is no such thing as success in a vacuum. It’s always an intricate web of privilege and opportunity and talent and hard work. When we succeed, we think we deserve it. When we fail, we think we deserve better. And maybe we do. The point is that’s not the point.

I’ve realized recently that even if I had a crystal ball and could see into the future, and that that future showed that I would never, ever, ever win a bike race, I’d still be doing exactly what I’m doing now. Why? Because I enjoy this. I enjoy putting in the work. I believe in it, and I love it. I enjoy improving and learning new skills, pushing my limits on the bike and becoming a better athlete. This isn’t about winning. It never was. If it were, I probably would have quit a long time ago.

I’ve always enjoyed training. I’ve wanted to be an athlete my entire life. Yet, somehow, I’m just now realizing the significance of that. I’ve always wanted to be an athlete, not the best athlete in the world, just an athlete. When I think about what I love about racing bikes for a “living,” I think about the weeks in the off-season where I spend almost all day training, the days where I go to the gym AND do a long ride, where I’m too exhausted from sprint intervals to do more than lie on the couch and read a good book. I think about those days. I don’t think about the times I’ve stood on the podium. I don’t think about races at all. Ask me what I’m most proud of, and I’ll tell you about drops I hit that seemed impossible three years ago, about trails I rode twice as fast the second time as the first, about the times I told my whiny inner-self to suck it and rode something that terrified me.

And yet, last year, I let racing get under my skin. I let it undermine the things that I love about riding bikes and training and being an athlete. I let myself think that I deserved better, when in fact, I have so much already — the opportunity to travel, to race, to train. That is enough. It is all enough. I am grateful, and happy, and excited to race this year because every race gives me a new opportunity to challenge myself and ride amazing trails.

And that is enough.

So, if you’re looking for me this year, I’ll be here, putting in the hours because I want to, because I love every minute I get to spend riding my bike. Maybe someday it’ll pay off in a race and I’ll see some decent results. But then again, maybe it won’t, and that’s okay, too.