I’m not crying, so that’s progress, I guess.

That was what was running through my head as I dumped out the contents of my pack on the side of the trail and searched for more tire plugs. The last time I flatted at Downieville (2014) I lost valuable time sitting on the side of the trail bawling my eyes out. But not this time. This time I was composed enough to even remember to put all the things BACK in my pack after fixing the flat and not leave anything behind on the side of the trail, which is a personal first. But while I was outwardly calm, inside I felt like I had been hung upside down and drained of any life force.

Not this again. Downieville, once again unraveling me like a cheap spool of yarn.

For the 363 days of the year that I am not racing in Downieville, I tell everyone this is my favorite race of the year. But on those two days…oh man, those two days… ‘scuse my French, but f*ck this race. It has one of the worst climbs of any XC race I done — an hour of exposed, hot, sweaty, AWFUL grinding — and the downhill course eats bikes for breakfast. Or, at least, it eats my bike for breakfast. Again and again and again.

This year’s sob story is a familiar one. A stupid but time consuming crash led to some frantic riding, poor line choice and a flat tire. My poor tire plugging skills led to yet another flat tire (or rather, the same flat tire, again), and there I was, digging around and hoping I had more plugs, knowing my race was over, but also knowing that I would still pick up my bike and pedal like hell for the remaining half hour, because, I guess, that’s just all I know.

I think any one who mountain bikes has had *that* race — that “oh shit this is what this is really about and I am completely unprepared” race. For me, that was Downieville in 2012. It was my first real mountain bike race and I thought I was hot shit because I had won a handful of collegiate races and I was moderately good at going downhill. And so, I showed up to Downieville with barely any training, a 100mm XC bike and literally no bike skills to speak of.

Let’s be real — I needed knocking down a peg or two and I got it. In fact, I got knocked all the way off the wall.

I was dead last in the expert category by an embarrassingly large margin, and I was devastated. I walked away from Downieville that year crushed and dejected, thinking I was awful at riding bikes and that I had no business racing ever again. Essentially, I quit before I even started.

And yet, I raced Downieville again in 2013. It was the only race I did all year (except for that Cat 2 XC race in Wisconsin where I ended up in the ER with severe dehydration, but that’s a story for another day – obviously 2013 was lit, bike racing wise). I wasn’t very motivated to race in 2013, but even then I had some inclination of the fact that Downieville had scared the shit out of me, and because of that, I needed to do it again. This intense need to confront the things that had broken me would become my driving force for the next five years. It would become the reason I raced pro, the reason I raced EWS, the reason I did every hard and ugly thing I have ever done.

And so, this past weekend, seven years after that first Downieville DH run, I got two flat tires and still beat my 2012 downhill time by 15 minutes. Fifteen. Minutes.

After this race, I had a moment of feeling bummed about this result and how it would look like I was “just slow.” And then I remembered I now have three shockingly poor Downieville results, two of which are due to mechanicals, and the third — that first attempt in 2012 — due to really just being that slow. Only, if you look at the results sheet from that race, I couldn’t blame you for thinking that I had I broken my bike in half and perhaps also been mauled by a bear.

You have to celebrate the progress you get, not the progress you think you deserve. If I deserved a clean, fast run down the Downieville DH, I would have gotten one. Instead I got a lesson in line choice and how not to fix a flat, and a reminder of how far I have come. 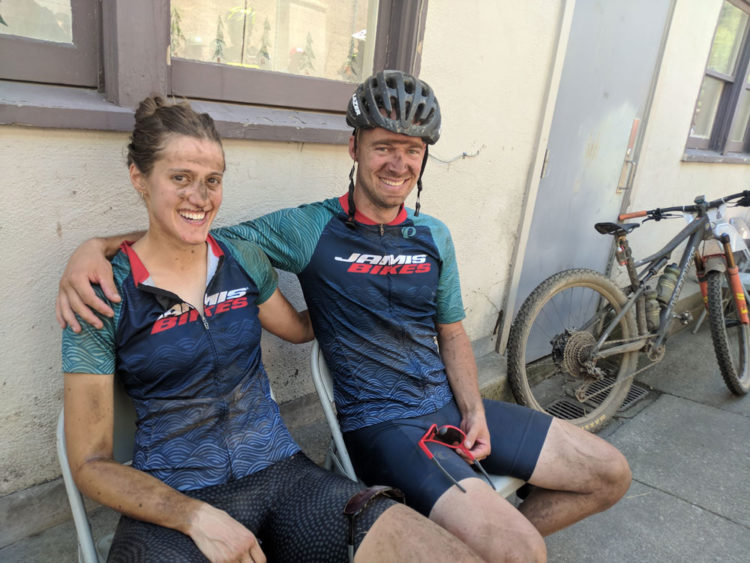 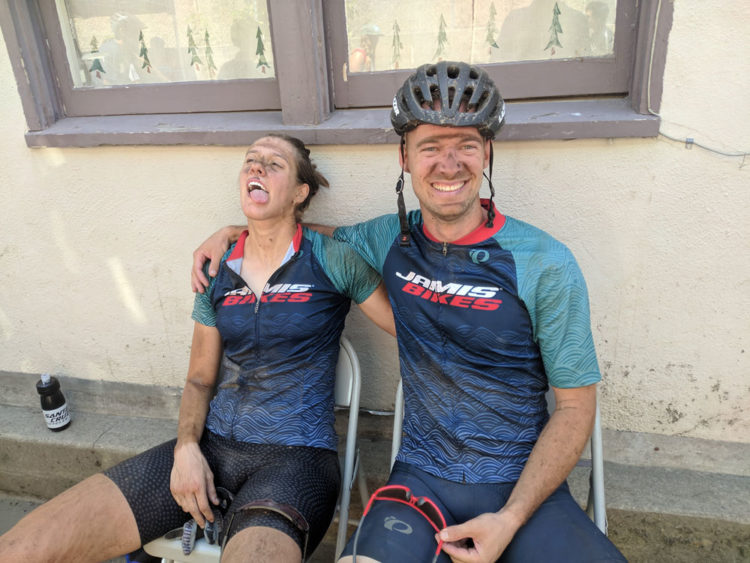 One thought on “Celebrate the Progress You Get”