My main take-away from this year’s “warm-up” race at Sea Otter:

It is interesting (and interestingly satisfying) to do a race and feel like your expectations are actually in line with reality.

That is a fancy way of saying that my expectations for my result at Sea Otter were low and they turned out to be accurate. I realize that sounds a little down and depressing but — and I want to shout this from the rooftops right now — IT ACTUALLY IS NOT DEPRESSING AT ALL. IT’S KIND OF EMPOWERING. IT’S KIND OF AWESOME. IN A TOTALLY WEIRD WAY. 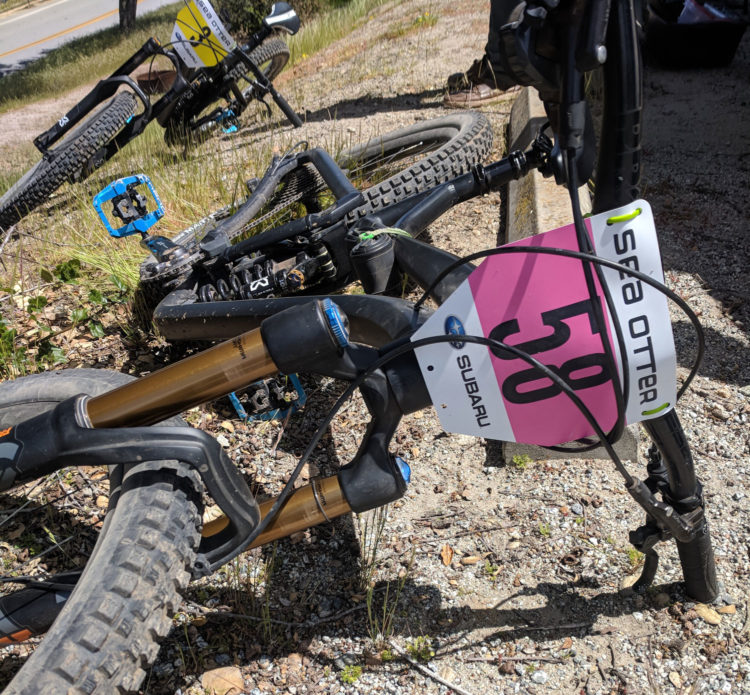 In most races I’ve done, looking at the result has left me feeling grumpy and disappointed. But this time was different. This time it was like “oh okay that’s cool, that’s where I’m at.” No panic, no icky feeling, no “OMG I HAVEN’T IMPROVED NEARLY AS MUCH AS I THOUGHT I HAD” moment. Just like, alright. Here we are. Let’s go.

In the past, I’ve set a lot of weight on results and on being able to see constant, continuous improvement in myself and this made the first race of the season especially intense and important. I neeeeded to see improvement. I needed to see that my work over the off-season had paid off and that I had moved myself up a bracket — say, from mid-pack to podium contender. Naturally, this meant my first race of the season was usually a disappointment.

I don’t think I necessarily had an inflated idea of my riding or racing abilities — it was more that I felt like I needed to be at a higher level than I was, and that anything short of that was a failure. I knew where I was, but it wasn’t enough. I wasn’t enough.

This year is different. Perhaps because I took the necessary step back to realize how little any of this really matters in the bigger picture, or maybe more because I’ve spent more time this off-season doing other things — writing, working on our YouTube channel, riding motos — than I did riding bikes. Or maybe I’ve finally unlocked something I’ve been circling around on this blog for years…

Meet yourself where you are. Start at your beginning.

I talk about this concept all the time, but I haven’t really been living it. Sure, I’m good at starting at the beginning when it comes to skills practice, or learning silly new things like juggling, or even starting to run again. But racing? With racing I’ve always wanted to be somewhere other than where I was. Since the first time I signed up as a “pro,” I’ve felt like I had something to prove. And pretty much since that moment, I’ve felt like I haven’t been living up to expectations. I’ve looked at my race results as indictments on my capabilities, as proof that I didn’t belong, instead of looking at those results as what they really were – just information.

Consequently, almost all of the racing I’ve done in the past two years has been a miserable, soul-sucking mind-fuck. 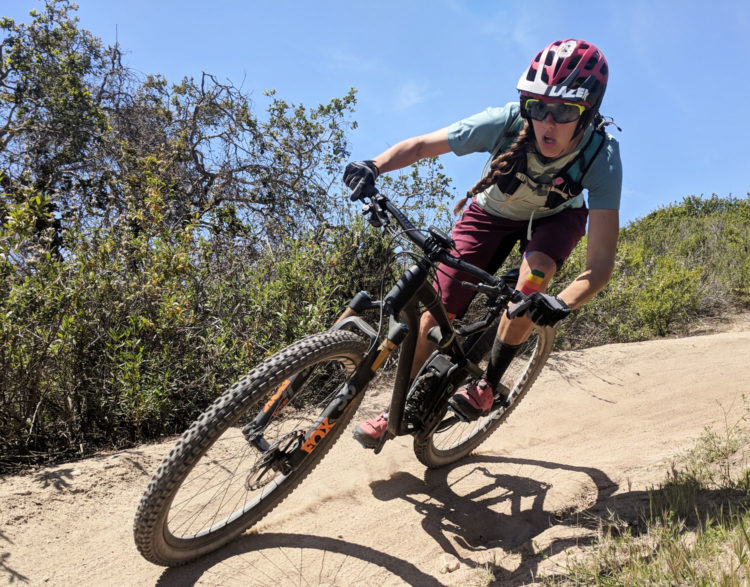 But somehow, this year feels different. After taking a long time off the bike this winter, after building up the other portions of my life, after letting myself rest fully and completely for the first time in nearly four years, after re-setting my goals to focus more on my general health (plenty challenging in its own right), a mid-pack result at Sea Otter doesn’t feel like an indictment on my ability to ride a bike. It feels more like a confirmation of a lot of things I already know — I don’t really have any top end fitness right now, I took three months off this winter, and last August I wasn’t sure I’d ever want to race again. To be honest, this result doesn’t feel like much of anything at all, which is probably how it should be because it’s freaking April and it’s freaking Sea Otter. The reality is that right now I am pretty happy with my life and where I am as a person, so why would I be any less happy with a result that reflects exactly that?

I showed up and raced my least favorite course of the year and I had a big smile on my face because I was there and I knew that if I hadn’t wanted to be there, I wouldn’t have raced. After everything, it ended up being that simple. Knowing that, changed everything. Last week, I did want to be there, so I did the race, and I wasn’t even awful to myself. Sometimes that’s enough. Hell, sometimes it’s more than enough. It’s basically winning.