I still cry on nearly every moto ride I go on.

This week it was a full-on sit-down sob sesh in the middle of the trail, next to my upturned, gas-spewing dirt bike. I was angry. I was sad. I was disappointed in myself. I was exhausted from a big week of training. I WAS FEELING ALL THE THINGS and then I couldn’t contain them anymore so I just sat down and lost my shit. 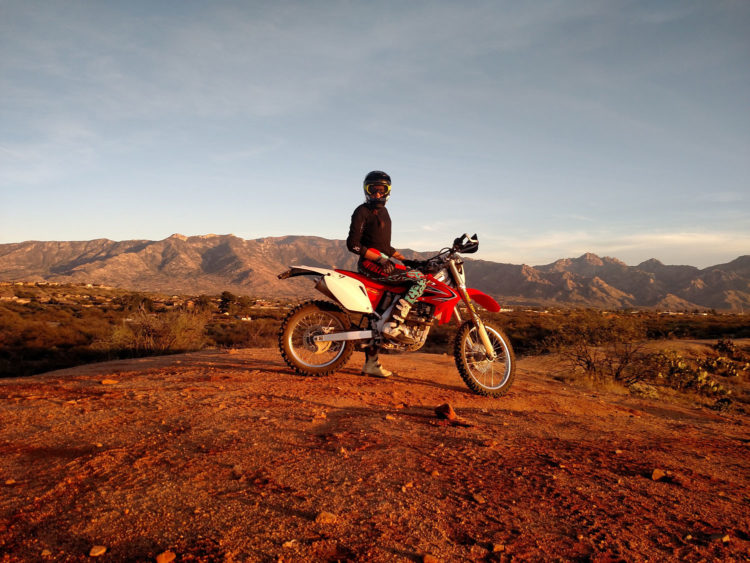 Why was I so upset? Maybe because I kept spazzing out and popping the clutch and sending my bike flying into the bushes. Maybe because when we tried to slow down the idle so that this would stop happening, Macky turned the dial the wrong way and, well, you can imagine what happened next.

You know, tears. Lots of them.

This has happened in something like 80 percent of the moto rides I have gone on in the past month. And in the remaining 20 percent, I was riding with someone other than Macky so it felt less socially acceptable to have a sit-down strike, but all those feelings were still there.

This used to happen to me on mountain bike rides, too, and while it’s far less frequent now because I’m way more competent at riding a mountain bike and I have my coping mechanisms way more dialed (also: my mountain bike doesn’t weigh 250lbs and take every opportunity to try to crush me), it still definitely happens.

And in these moments, while I might be sad or angry, I’m mainly just overwhelmed by how hard riding a bike is and the fact that it is STILL really effing hard after all this time. Yes it’s gotten easier but it’s still SO DAMN HARD. And as soon as it gets easy, I just have this knack for finding something harder — terrible riding conditions, bigger jumps and now, an entirely different bike altogether.

It’s kind of like my brain is going — oh mountain bikes only make you cry once a month these days? Let’s try adding 220 pounds of steel, a pesky throttle and a brake you have to operate with — get this — your foot. Ha, that’ll really get ya!

Today I sat on the side of trail staring at the section that had gotten me, thinking this is supposed to be an intermediate trail?!?! Who are these people kidding, this is the hardest moto trail in the universe?!?!?!

And then I had a bit of a realization. Of course it’s an intermediate trail, Syd. You’ve been riding dirt bikes a total of maybe 60 hours (MAYBE) and the next time you come out here you will probably nail this section, do you really want this to be an advanced trail? What would you do next? Because you wouldn’t just keep riding this trail. You would find the next gnarliest, scariest thing. Do you really want to run out of things? What is the point for you, if it’s not to just find harder and harder things?

It was a strange moment of expansiveness, and I was reminded of when I first started to race enduro in 2014. Every race presented me with a trail that I felt was “impossible” and “surely the hardest trail ever.” And as I got more skilled, I found even more challenging trails, and I continually found myself being hit over the head with that “nothing could ever top this” feeling, until finally I realized that there was no end point in sight. Sure, I can now ride every trail at Angel Fire Bike Park on my trail bike, but do I spend the entire year riding laps at Angel Fire? Nope, I spend 10 months of the year wandering around the world basically just looking for trails that will make me cry. Because, I guess that’s how I’m wired. I guess that’s how it’s always going to be. I’ve accepted this with mountain biking — I will never be able to ride everything. Thank goodness, imagine how boring that would be.

Evidently, the same attitude has transferred to dirt bikes. Sure, I imagine I’ll eventually achieve some sort of intermediate level riding competence, but I won’t be content with that, so as long as I continue to do this, I will be putting myself in situations where I’m dropping my bike into piles of rocks and sitting down to cry it off. And then I’ll get up, dust myself off, heave my bike off and ground and continue on. And next time I’ll do a harder trail.

It’s strange to realize that you’re seeking something impossible, and also that the only reason you’re even interested in seeking it is because it is impossible. There is a certain irony to that. There is also a certain irony to sitting on the side of a trail that you rode because you wanted to do something hard, crying your face off because it was hard. But it’s a level of cognitive dissonance I’m comfortable with.

My bike makes me cry, but maybe that’s the whole damn point. 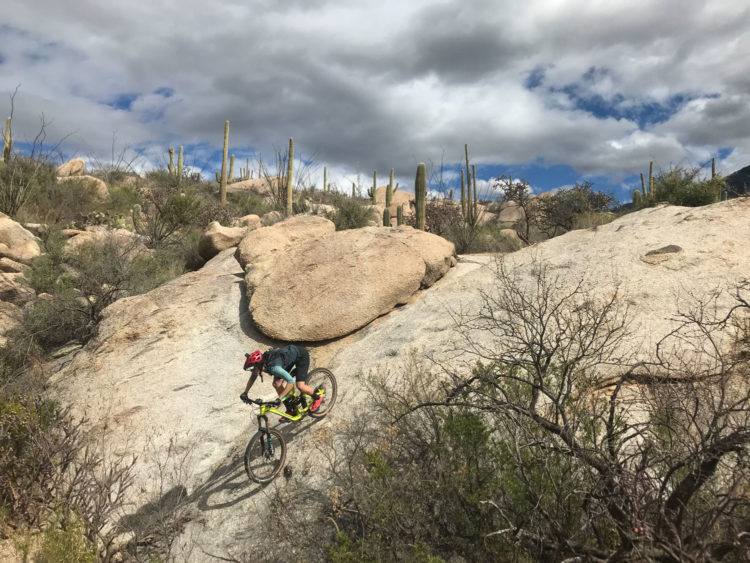 2 thoughts on “My Bike Makes Me Cry, But Maybe That’s The Point”