This weekend I raced my first ever XC stage race, the TransRockies Moab Rocks. Since Macky and I will be racing BC Bike Race as a duo team later in the summer, our coach Mike suggested we do Moab Rocks as a trial run, and we were like, yeah that makes a lot of sense. After all, doing an 8-day race as your first ever XC endurance race is probably a bad idea. (We were also like, wait what, you ride all the way up the ROAD to Porcupine Rim? Send help).

I came into this race with zero expectations (or at least very low ones) for a few reasons. One, I was going to be racing a trail bike not an XC bike. You know, run what ya brung, etc. Two, this was very much a training race and we did several big rides in the week leading up to the race. Three, I’ve never done a race like this before and had literally no idea what to expect from my body much less the results sheet. 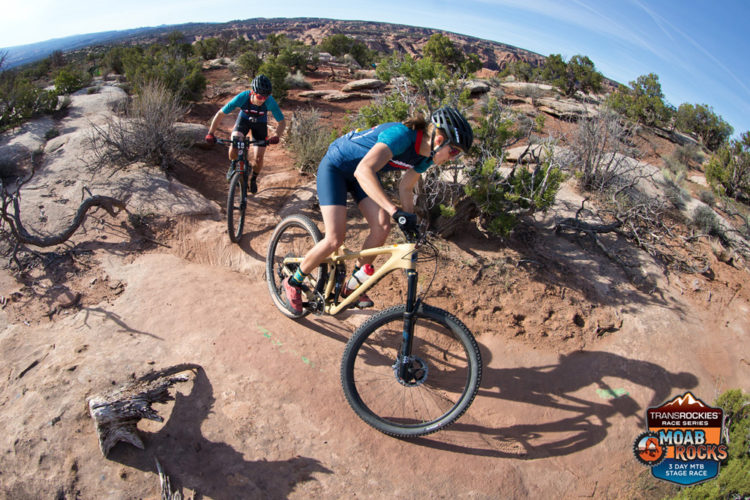 In the past, I probably *still* would have had some high expectations, but I have become a lot more realistic over the past two years. When I made the decision to move away from enduro and try some endurance races, I fully anticipated that my xc debut would be as ugly as my enduro debut — hello 2014, when I was DFL in almost every pro enduro race I did! Only this time, unlike in 2014, I was going to do myself a favor and not expect myself to be immediately successful at something I had never done. (Imagine that!)

So, for Moab Rocks? No expectations, just an opportunity to go hard and, if everything else failed, make myself a little fitter.

And so, here we are, once again arriving at the conclusion that expectations are the devil. I’m starting to think this is why I have been so drawn to trying new things as an MTB racer — because I’m so damn tired of not meeting my own (highly unrealistic, wildly high) expectations. If I keep putting myself into new situations, maybe *just maybe* I can get through a race without my brain ruining it for me.

That’s what happened this weekend. I just rode my bike. Macky and I rode together to practice our strategy for BCBR. He learned not to sprint off the start line and I learned not to ask questions I don’t want to hear the answer to — like “how many miles left until the top of this mother-effing hill?” We had fun. We went super fast on the descents (in spandex none the less). We rode through a blizzard on a trail called Alaska. I absolutely buried myself on the flat technical riding that used to be my absolute nemesis but now, maybe, after a winter of gym work and Riprow, is more of a strength than a weakness. 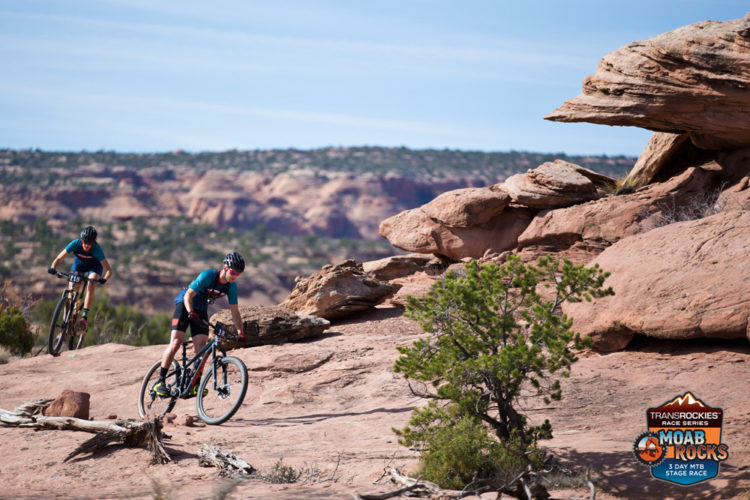 Whatever my expectations or lack thereof, I definitely surprised myself. My enduro fitness transferred WAY better than I would have anticipated to this type of XC race (there were lots of rocks), and my 130mm trail bike ended up being the perfect weapon. I even found myself on the podium for the second day (completely accidentally, mind you, because I had no idea there were only two women ahead of me) and 5th overall at the end of three days. I’m really pleased with this, but mainly I’m pleased that I had fun racing my bike for three days in a row.

If you want a blow-by-blow of each day, check out my instagram, and/or stay tuned for the first vlog, which will drop on the Syd and Macky Youtube on Friday. 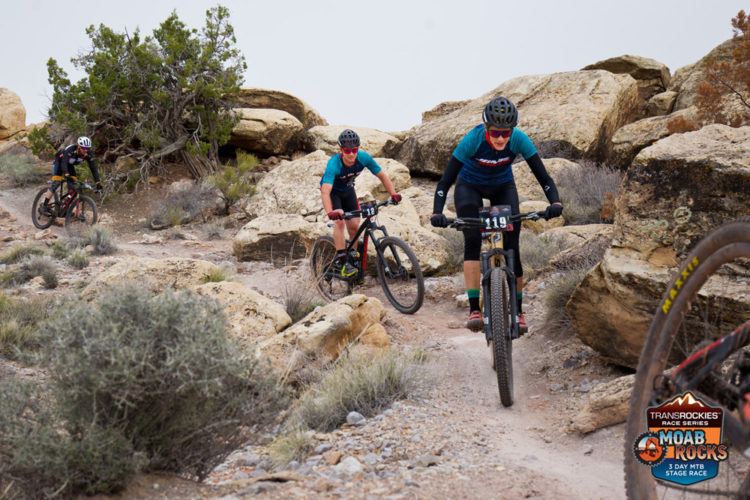