My last post gave you a highlight reel account of racing Andes-Pacífico, but I’ll admit to glossing over the hard parts a bit more than I usually do this blog. I mean, I had to fit an entire five-day race — which was, as per the race’s tagline, truly the experience of a lifetime — into one post. And I was right to focus on the positive, because my memories of this race will be overwhelmingly positive. It was epic. It had some of the most incredible trails I’ve ever ridden. I’m really pleased with how I raced and my final result. Oh, and Chile is one of my favorite places on Planet Earth.

But guys, this race was HUGE B*TCH to recover from. For one, it was five days long, and unlike other stage races I’ve done, there was precisely ZERO time for recovery between stages, except the maybe six hours of sleep we were able to glean each night. You know those photos you see of XC racers with their legs in those inflatable leg thingies, drinking a recovery drink, and chilling between stages of Cape Epic or other similar races? Well, that is NOT Andes-Pacifico. Welcome to enduro stage racing where you finish the day at 9:30pm, and still have to attend to your bike, change tires if necessary, and eat dinner. I didn’t even have time to shower on several nights, which, let’s be honest, I’m pretty used to with living in a van, but it takes a bigger toll during a multi-day race like this. Oh, did I mention we were sleeping on a cardboard box on the ground? Then, the day after the race, we packed up all our stuff, and took an overnight flight back home. I was so jetlagged by the time we made it to DFW that I accidentally rechecked my CARRY-ON luggage after customs, causing us to nearly miss our last flight because we were running all over the airport looking for my unmarked bag. FUN TIMES. I’m not sure I’ve ever been so tired. It was brutal. 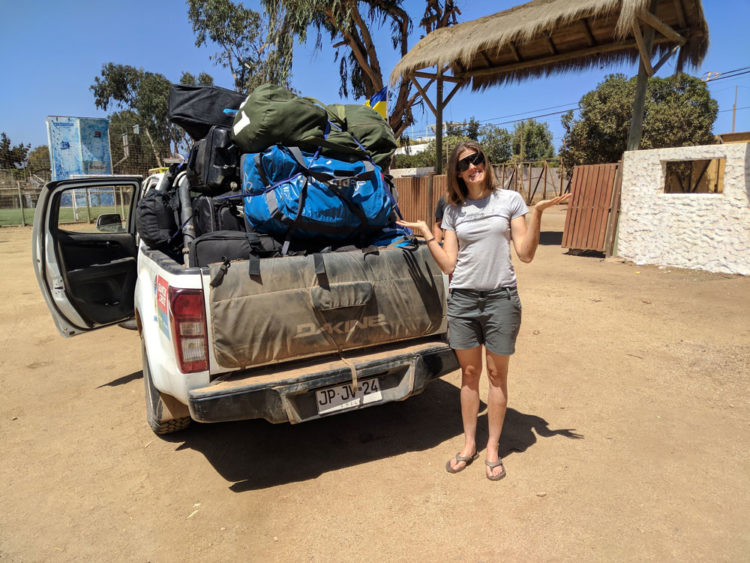 Our ride to the airport the day after the race…a totally stress free experience!

If this sounds like I’m whining — I’m not. It was fun. It was great. I learned a ton about what I am capable of and how I can race well even when exhausted and sleep deprived. It was incredible experience and I would do it again in a heartbeat (just not this month).

All that said, it took me over a week to feel like a human being again. This was hard, because it was very, very tempting to doubt my experience, and the validity of this exhaustion. Thoughts of “I should be training again” and “surely it’s not taking everyone else this long” and “we barely even pedaled in this race, why am I so tired” kept creeping in. The reality, of course, is that I needed to recover from far more than just the miles we put in on the bikes over the course of the race. The intensity of the descending, multiple crashes, sleep deprivation, the general lack of recovery all followed by a long-haul flight combined to knock me on my ass hard.

Luckily I have learned a lot over the past five years of racing, and one of the biggest lessons has been to honor the recovery process. It doesn’t matter if other people recover faster (although, they probably don’t, it just looks like they do because INSTAGRAM IS A LIE) — it simply doesn’t matter, because if you don’t give yourself the adequate recovery, you will get slower. And sicker. And more miserable. I know this because I have been there. I have overtrained myself into a hellish, miserable place and I don’t want to do it again. Ever. So, the first three nights after getting back to the US, I slept 11 hours. I didn’t attempt any workout longer than a “flush the legs out” until a full eight days after finishing the race. And even then, it was just an hour on the bike with slightly more intensity.

Here’s a truth about recovery: there is NOTHING TO GAIN and EVERYTHING TO LOSE from rushing it. While I had to fight with myself a bit, exhaustion won out and I took it very easy for a week. Macky and I even decided to delay our departure from Ohio because, even though we really wanted to get back in the van, we knew there was no way a 24 hour drive would be good for us right now. And you know what? It worked. When I did finally get back to training, I actually felt good, and bonus: I was able to get this strava QOM that I’ve been trying for forever. 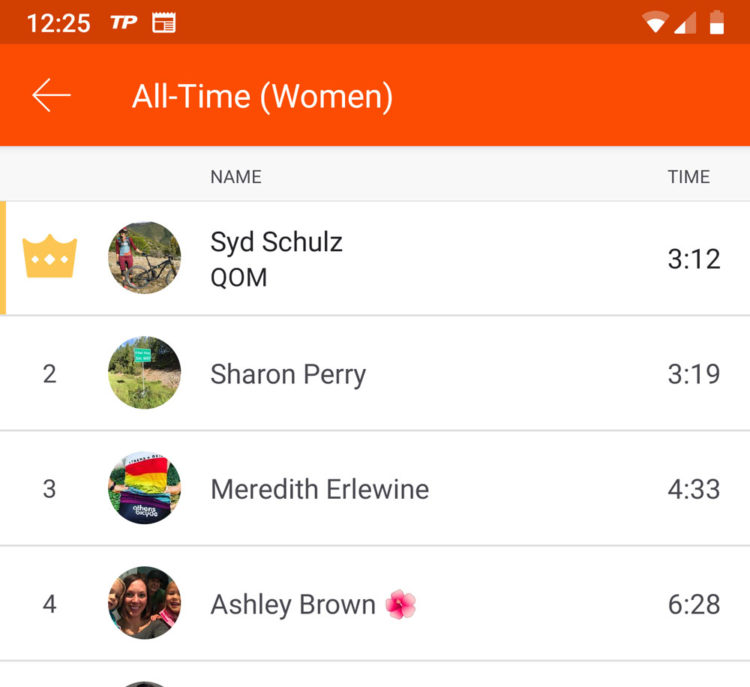 It’s only strava BUT… it can be a great way of motivating yourself and measuring your own personal progress ;)

2 thoughts on “Honoring the Recovery Process”