Before the first stage of the Montana Enduro Series round in Jackson last weekend, I had the following conversation:

Race official: There’s a bear on the trail.
Me: A big bear?
Guy in front of me: Is it a nice bear?
Race official: The patrol is coming to run it off, it should be gone by the time you’re there. You can go ahead.
Me: Are you sure? What do I do if it’s still there? Are you sure I should drop? Won’t it have been scared off by everyone in front of me? Surely it’s not STILL THERE?!?!
Race official: Nah, the thing is it’s a momma bear with two cubs, so it doesn’t want to go anywhere.
Me: *blank face emoji*
Starter: 5,4,3,2,1 GO

One of my worst racing habits (at least on the mental side of things), is the tendency to start composing my post-race Instagram or blog posts before the race is even over. Part of this is surely a factor of living my racing life very much in the public eye. This blog, Instagram, Youtube, etc. — there’s always a story and at the end of the day I have to find it, and take my race and turn it into something digestible for someone who wasn’t there (and often, for someone who barely understands what enduro racing is). This can be hard work, and there’s a temptation to get a head-start. Because, you know, if I know where things are headed, I can start composing pithy one-liners, and when I record my post-stage recap for our YouTube channel, I can make sure I’m “on-narrative.”

But, if I’m being completely honest, that’s only one small part of it. I think this tendency comes much less from my online presence, and much more from a desire to protect myself. I know from spending time with other racers that almost everyone does this to some degree — marshaling excuses, explanations, etc. Trying to figure out how to explain a bad race before you’re even *sure* whether or not it’s a bad race.

Truly living in the present moment while racing, and not making wild predictions or dwelling on past mistakes, is very difficult, and almost no one does it 100% of the time. 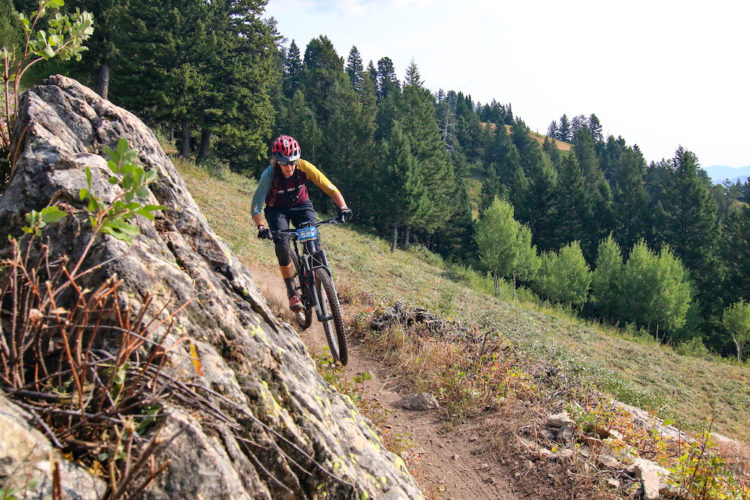 At my first race of the season in Glorieta, NM, I had a massive wake-up call in regards to how harmful this tendency of mine can be. I wrote my narrative before the race was even over, threw away the entire second stage, and was absolutely floored when I ended up in 7th and not dead last. I was four seconds out of 6th, and not unreasonably far from a podium spot, so it doesn’t take too much speculation and “what if”-ing to realize what might have been had I not given up on myself after the first stage. Since then I’ve been very conscious of trying to stay present as much as possible, not dwell on what I’m going to write/say/record about a race, and to stay aggressive and “in it” until the very end. My main strategy has just been to “not think” until the race is over.

For the most part, this strategy has worked. I have rebounded from mechanicals, stayed focused when I was incredibly tired/hungry/thirsty/etc., and released myself from a lot of the negative self-talk that used to drag me down (you can’t be mean to yourself if you’re not thinking!). My race results have improved dramatically, and I’ve just been a lot happier in general this year. It’s been a very successful mental strategy, and I’ve managed to stay far more “present” this race season than I ever have before.

Until, of course, someone told that there was a mother bear and two cubs sitting on the trail.

I wouldn’t say I’m particularly scared of bears (although I did grow up in Ohio where the biggest carnivorous mammal is a raccoon), but nobody wants to run into a bear during an enduro stage. There is absolutely no way that that can end well, and my mind ran through all 17,000 possible bad scenarios for the first seven minutes of the stage.

Once I finished running through the possible negative outcomes, I started mentally working on the blog post I would write, were my race run to be interrupted by the bear. I never did see the bear, which is why you are getting this blog post, instead (shame, as the other one was looking to be quite good).

At the end of the stage, I learned that the bears were never on this stage at all. They were actually on the transition, a fact that rather explained the race official’s lackadaisical attitude towards the whole situation. Meanwhile, I had done more thinking (and consequently less RACING) than I have done since that first race in Glorieta.

The fact that the bears WEREN’T EVEN THERE IN THE FIRST PLACE, makes them pretty much the perfect metaphor for everything I’ve ever obsessed about during a race stage. The bears are that bad line I took at the top, that fear of someone catching me, that blown corner, all those other mistakes and insecurities and concerns my brain cooks up to distract me from the task at hand: racing my bike. The bears are every time I’ve let a tiny crash lead to a big crash. The bears are every time I’ve worried about a technical section for the entire stage and then end up riding it fine (but probably messing up something else). The bears are my worst fears and my stupidest mistakes and all those other things that seem like a big deal at the time but actually end up being three fluffy creatures minding their own damn business eating huckleberries on some COMPLETELY DIFFERENT TRAIL.

So, when you encounter your bears during a race, remember this: they aren’t real and they don’t matter.

Unless you can actually hear them growl — then it might be time to bust out the bear spray. 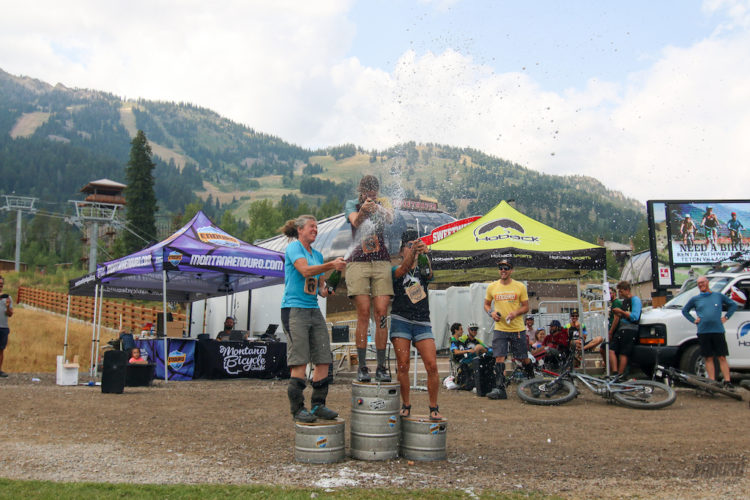 Luckily my bear distraction didn’t slow me down too much, and I still took the win! :) Photo: Montana Enduro Series

2 thoughts on “The Bears on Your Trail”