They’re complicated, and athletes tend to be full of them (myself included). Here’s an example from last weekend:

It is fair to say that I had a categorically awful practice day for the Grand Targhee Enduro. My shock exploded, coating my shoe, bike and most of my leg with shock oil. I had a little trailside meltdown thinking I wasn’t going to be able to race, but then I remembered I still had the XC air shock I had raced at Downieville. Not ideal, but at least I would be able to race. Then I proceeded to get two flats (one front and one rear). And then I crashed on the last run, which is always a confidence-killer for me because there’s no opportunity to remind myself that I actually can ride a bike. It was a minor crash, but still, not the way I wanted to end the day. Aaaaand I was having menstrual cramps and just feeling like shit. Add all this to the fact that I was already a little psyched out about racing a “small travel” (only 130mm instead of 160mm) bike on a rough bike park course, and well, WHAM BAM, my excuses were all lined up.

“Don’t make excuses” is probably a top ten sports psychology (and life) advice, yet all you have to do is spend 10 seconds with a bike racer to realize that almost everyone ignores the hell out of that advice. I’m starting to think that this is a problem with the way we’re talking about excuses. After all, in a sport as rough and variable as mountain bike racing, you don’t have to make excuses. They just show up all on their own. Shit happens. Sometimes it’s less than ideal. And yeah, sometimes it affects your performance.

The problem with excuses is that they are, more often than not, REAL. All of that stuff that I listed above was real. It all happened. It all could potentially explain a bad race. 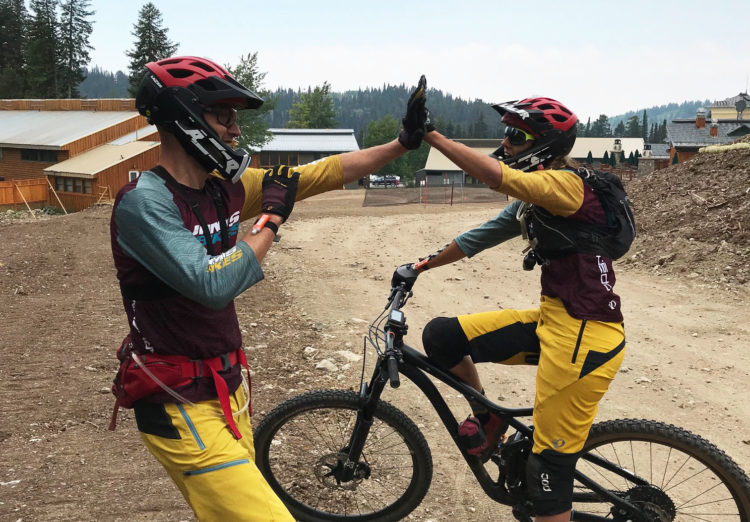 High fives for showing your excuses the front DOOR.

Because here’s the thing. All that bad shit happened — it was all real — but it wasn’t ALL that happened. I also felt really damn good on my bike (when it wasn’t exploding for various reasons). I stayed shockingly close to Macky on some rough descents. I went fast. I hit corners really, really well. Overall, I was riding FAST, and I knew it. This is not the case every day. So even though I was mechanically and emotionally a mess, the most important thing — my actual riding — was good.

I’ve taken to using my journal as a way to get myself into the proper mindset before races. I’ll jot down a few lines — if I feel like bitching or complaining or making excuses, I’ll let myself do that but then I’ll slowly talk myself out of it. Afterall, there’s no point pretending that excuses or negative emotions don’t exist (in fact, that’s usually counterproductive). The key is to allow yourself the space to turn it around. Here is how my journal entry before Grand Targhee concluded:

After all, excuses are just one version of the truth, and you can choose (YES YOU CAN CHOOSE) a different, more helpful version. “Making” excuses isn’t usually about fabricating problems (although some people certainly do do that), but rather about leaning into the wrong truth. Identifying with your problems, and not your strengths. Fighting your headwinds, while ignoring those that blow in your favor. This doesn’t mean you shouldn’t try to understand the outcome of a performance after the fact (I’ve written about the difference between excuses and reasons here), but rather that you should do it AFTER THE FACT.

In the end, I didn’t win the race, but I came damn close with a second and only 10 seconds out of first. I didn’t make excuses. I executed my plan. I didn’t dwell on Friday’s practice. I had fun. I worked HARD. And I ended up with a result that I’m proud of. (Oh and I won the gnarliest stage on my “too small” bike, so there goes that excuse.)

Would I have been ten seconds faster if I had a coil shock and no stomach ache and everything was perfect? Maybe. Maybe not. And also, WHO CARES. That’s not how racing works. Most likely those ten seconds were the two corners I blew and the faster line I forgot to take — in other words, entirely my responsibility. 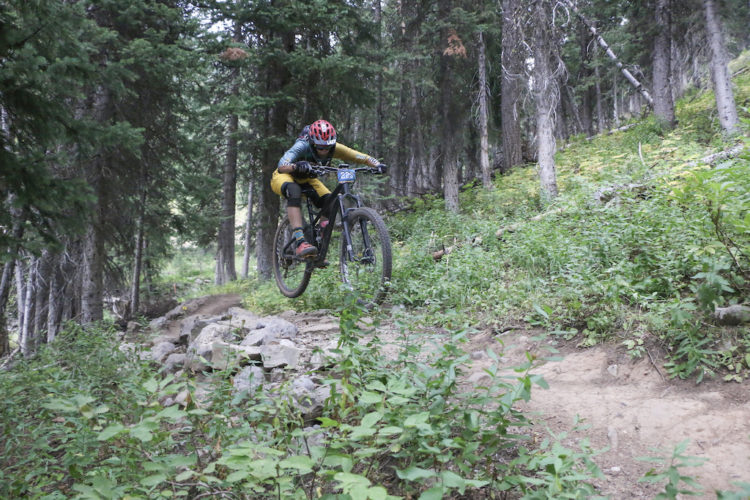 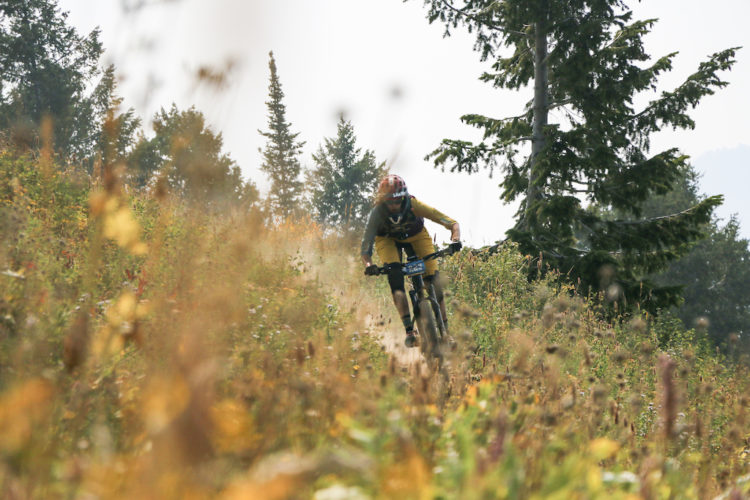 11 thoughts on “Breaking the Excuse Loop”