Last year around this time, I was finishing off my season with the final National Enduro Series event in Northstar, California. I was supposed to do a few races after that, but it had become apparent in mid-July (or even earlier) that I was done. That last race was a slog. That’s the only way to put it. I was there. I put one foot in front of the other — or at least one pedal stroke after another — but there was no heart in it. I was racing, sure, but mentally, I was somewhere else completely. And physically I was wrecked. I had clean race runs, but they were uninspired. And — a testament to how low my expectations bar had sunk in 2017 — I actually considered it a “good” race. Because, I guess, nothing catastrophic happened? Because I finished? Because I had had way worse races? Because, frankly, last year I had no idea what a good race was because I had never, ever had one. I put a positive spin on it (and my year in general), because that’s who I am, and honestly, I don’t think I realized at the time just how bad things had gotten.

After the Northstar race, we loaded back up in the van (the old van, the one without air conditioning or cruise control) and drove 18 hours back to New Mexico. It was sweltering. I had excruciating nerve pain in my shoulders, thanks to a combination of driving for hours and having spent the weekend riding with all the fluidity of a flag pole. We stopped and sat in a muddy river in the middle of nowhere in Utah because the temperature inside the van was reaching unsafe levels and there was no shade within a 600 mile radius.

Then we went back to Taos, and I didn’t touch my bike for a month. In fact, for the first two weeks of that month, I didn’t do much of anything at all. I sat in a chair by the window with a cat on my lap (thank goodness for cats, amirite?). I barely had the energy to cook dinner or grocery shop or generally function as a human being. I don’t know what was wrong with me, but the overarching term “burnout” seemed to cover most bases. It was an odd period, because I found myself making plans and goals for the coming year, and for off-season training, but without any real intention of following through on these plans. Last September, there was a part of me that “knew” that I was done racing.

But — here’s the incredible thing — that part of me was wrong. 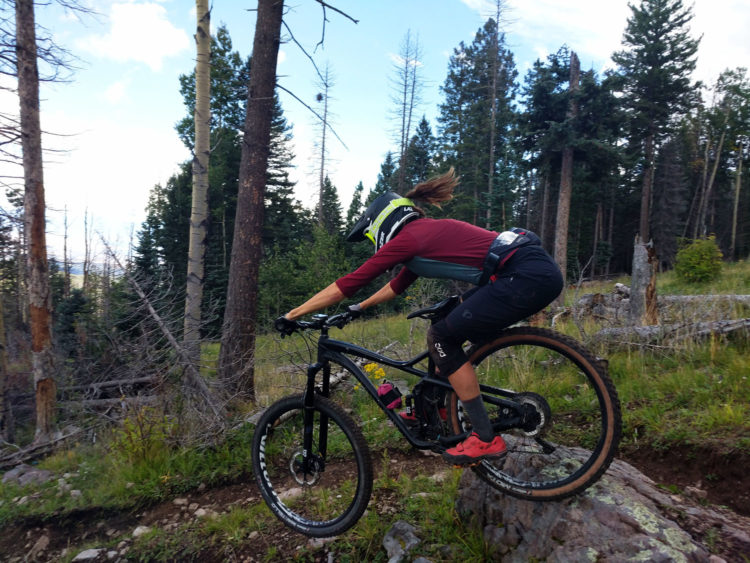 Racing in Pajarito this weekend.

I went into this season with one foot out the “done with racing forever” door. You would not expect this to lead to a successful season, yet somehow it did. I made the right choices over the off-season — taking time off, working with a sports psychologist, creating a training schedule that worked better for my body — but I did so with very little expectation that it would work. The only real goal was to be healthy and finish out a few two-year contracts. I had no expectation that I would actually want to race, but I did want to at least give myself a chance to race without my mind/body buried 10 feet deep in a hole. If I still didn’t like it — which I fully anticipated to be the case — then I would know for sure that racing wasn’t for me. I wasn’t being pessimistic; I was being honest. In January, I created a race schedule for 2018 that was very, very limited. It was basically the bare bones of what I needed to do to keep my sponsorship contracts. The only race on the schedule that I felt any sort of interest in was Downieville, for whatever reason, maybe because it was so different, maybe because I had such fond memories from the event in 2014. I made a pact with myself that I would listen to what I wanted to do — if I didn’t want to race, if I couldn’t take it anymore, I would stop, contracts be damned. I couldn’t survive another year like 2017. No amount of money or free bike parts was worth that.

I’ve added three or four events to that original schedule. They aren’t necessarily the events I would have chosen in past years, but they were the events that sounded fun. And they have been fun. I’ve had more fun on a bike this year than I ever had before.

This past weekend, almost exactly a year after that weekend that I spent on the couch “knowing” I wanted to quit, I had one of my best ever weekends on a bike. Not only did I win a race (admittedly a very small local one), but the day after the race, I went to Angel Fire with friends and did one of my biggest park days ever just for fun. Last year, I never once had energy (or desire) to ride the day after a race. Last year, I barely had the energy to race, much less ride for fun ever.

And tomorrow, I’m flying to Europe for the last two Enduro World Series events. We had these EWS races on our schedule from the beginning, and I spent all summer delaying buying tickets and procrastinating making arrangements, waiting for the burnout to creep back in on me. Surely, I wouldn’t have enough energy left to go to Europe in September. Surely, I wouldn’t want to race EWS ever again. Surely, I would dread getting on that plane. But that feeling never came. By being open to the possibility of not racing, I was able to recognize that I actually do want to race. And I’ve been able to appreciate that for what it is. Every time I get to a start line and realize that I want to be there, it is a small miracle. And I am grateful. 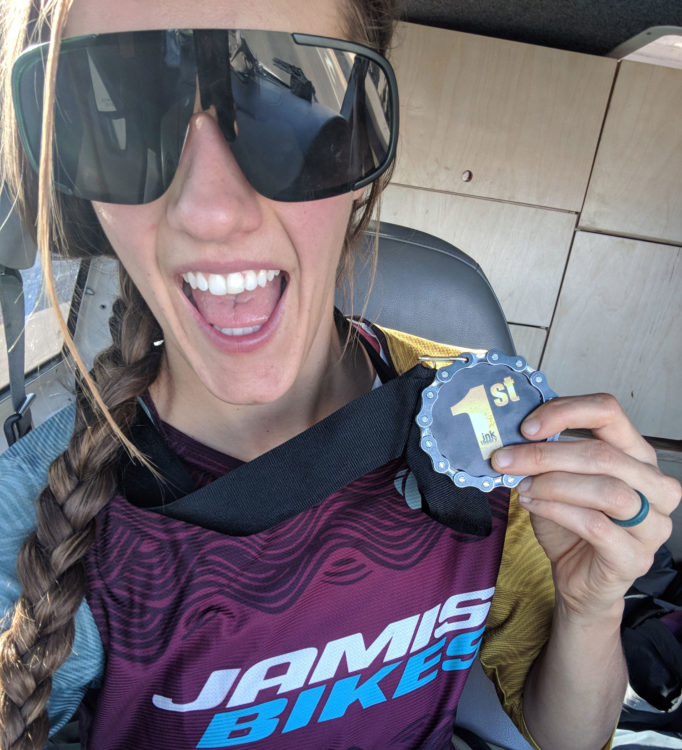 Related Posts:
Hitting a breaking point
I didn’t ride my bike for one whole month
Learning to trust the process